Red Bull Straight Rhythm is an evolution of the sport of supercross, where riders race dirt bikes head-to-head on an half-mile “unwound” straight track with no turns. Here is all you need to know about Saturday’s event:

– The event has built off of that premise and transformed into a celebration of years gone by, with riders racing 20-year-old two-stroke dirt bikes and donning vintage-inspired gear.

– As it takes place at the end of the supercross/motocross race calendar with no race series points at stake, the event is just a great time – for riders and spectators alike.

– Held at Fairplex in Pomona, Ca, the event featured only two-stroke motorcycles – older technology machines that have a fervent fanbase even though they are no longer used in professional racing.

– Racing was broken up into two classes by engine size – 250cc and 125cc – and operated on a single-elimination bracket, with racing a best-of-three format.

– Once the dust settled, it was Ken Roczen, who was perfect throughout the night – never losing a matchup to take the 250cc title.

– In the 125cc class, Joey Crown lived up to his name, racing his way to the top step of the podium.

– And in the most anticipated and exciting match of the night, Tyler Bowers edged out Travis Pastrana in the Maxxis 500cc Showdown. 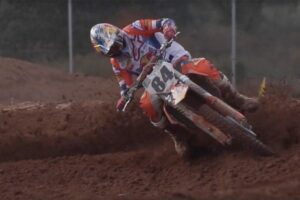 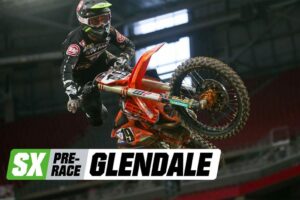 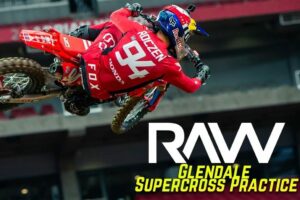 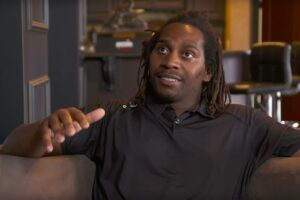 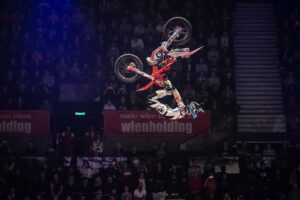