The 2020 Monster Energy Supercross Series travelled to Missouri for the 2020 St. Louis Supercross, the second round of the season, and the SmarTop/Bullfrog Spas/MotoConcepts/Honda team fared well with all three riders in the 450 Main Event.

The dirt in St. Louis is widely considered the best of any stop on the series and it was used to make a challenging track inside The Dome at America’s Center, which featured long lanes of obstacles, tall whoops, and plenty of places for riders to make passes on their competition.

Malcolm Stewart entered the weekend with modest expectations, as a midweek practice crash caused concerns of how he would manage the full day of racing. After admitted struggles in the first practice session, Stewart picked up the pace and loosened up every time he took to the track, evident in his sixth-place qualifying time and a third-place finish in his Heat Race.

A very good start in the Main Event put Stewart in the mix early and he battled with riders through the entire 24-lap race and finished in sixth place, which matched his prior career-best result. With two top-10 finishes to start the season, Stewart is now ranked eighth in the championship standings. “The Main Event was the best start that I’ve had so far, and I think I went into the first turn in eighth place, and that makes the racing so much easier,” shared Stewart at the end of the night.

“It was a freight train battle with me, Eli Tomac, Zach Osborne, and Justin Brayton. That was a tough one and I ended up getting by Brayton but couldn’t catch Eli. Overall, I am happy with the result and have another weekend on the way. There are some good things to work on and I’m glad that I know what to fix, so I’m happy. This is the second race that I have finished, and it feels like it’s been so long for me. I’m excited to get back to Anaheim.”

After an eventful debut ride with the team at Anaheim, Justin Hill had a better understanding of himself and the Honda CRF450R. The second-year 450 class racer was ninth overall in qualifying and finished fourth place in his Heat Race, which easily advanced him to the night’s Main Event. Hill ran in the top-10 through the first part of the feature race but lost his rhythm in the last few laps and slipped back to 11th place at the checkered flag, which matched his Anaheim One result. This pair of finishes to start the season have Hill ranked 12th in the championship standings.

“My riding was a lot better, I had decent starts and put in a lot better charge in the first few laps. But in the last five minutes I lost my groove and got tight, then was dropped by a couple of guys, which was a bummer,” noted Hill. 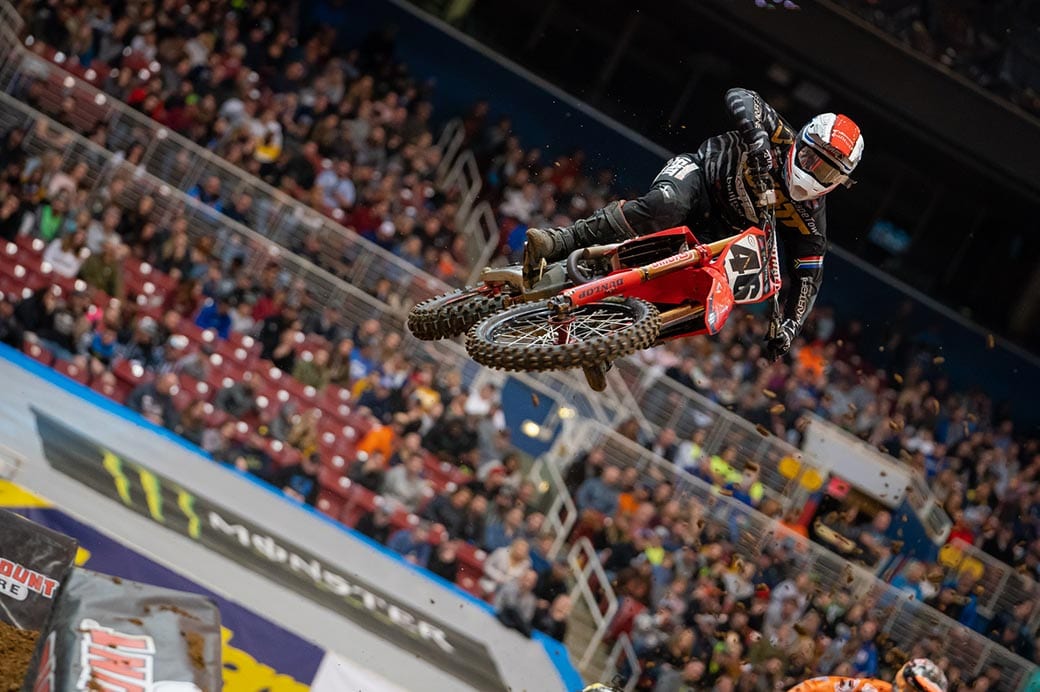 “For the most part I was charging, Malcolm and I were picking through guys, so I have the speed right now. I was flowing and was comfortable, but I just need to get that last bit. I’ll do a couple more laps on those practice days and make sure that I have that for the whole moto. My body felt good for the whole moto and I wasn’t breathing too heavy, but I just got tight and missed lines. I was on the tipping point of being a top-five threat or going the other way, and I went the other way.”

The St. Louis stop was Vince Friese’s home race and the Missouri native was eager to continue his run of top-10 results. The first part of the day went well for Friese, as he was eighth overall in qualifying and started the Heat Race at the front of the field, but he was overtaken by a handful of riders in a short time and was pushed back to seventh place in the sprint race. Statistically one of the best starters in the sport, Friese was out of sorts in the early moments in the Main Event, was unable to make passes on other riders in the pack and finished the race in 14th place. With this finish and a 10th place ride at Anaheim One, Friese is 13th in the championship standings.

“It was not great. I qualified in eighth place, which is decent, and got the holeshot in the Heat Race but was shuffled back. I finally botched a start in the Main Event and you can’t do anything when there are 18 or 19 really good guys,” noted Friese following the race. 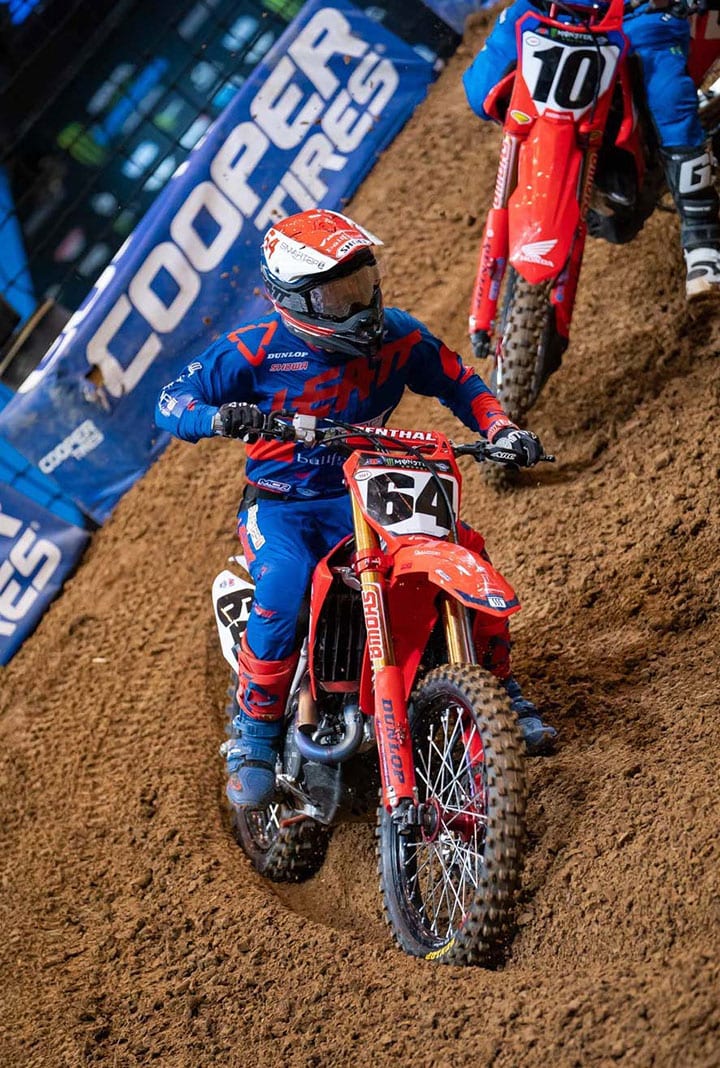 “I was in 14th on the first lap and I pretty much stayed there, with a lot of really good factory dudes in front of and behind me. There wasn’t much more pace to be found and I was bummed, because there wasn’t anything I had to get by those guys. I’ll get better and keep rolling.”

Team Manager Tony Alessi saw plenty of positive moments during the weekend and with all three riders healthy, he is optimistic that the team will continue their progress through the upcoming rounds. “Malcolm came into the race a little questionable after a crash in the week, but he was able to dig deep. He started slowly in practice from the soreness but got all the way to sixth place in the Main Event, which is great,” explained Alessi of the night’s results. “Justin had a really good start, around the top-three, and was racing in the front with the top guys until he got tight. Vince had a good Heat Race and led for a while, which is good for the team. In the Main Event, he got a bad start, which is unusual for him, and he struggled to get back to the front.”

The 2020 Monster Energy Supercross Series will continue with the 2020 Anaheim Two Supercross, the third round of the series and second visit to Angel Stadium of Anaheim in Southern California.