﻿The Seattle round of the Monster Energy AMA Supercross, an FIM World Championship set to take place on March 28 is under threat after the area became the U.S. coronavirus epicentre.

NOTE: Please see updates at the foot of the article…

Washington Gov. Inslee says that mandatory measures are now under consideration to fight coronavirus after the state reported 136 cases – at time of writing that figured had jumped to over 160. There have been 23 deaths in Washington state including 17 within the Seattle area.

CenturyLink Field, the stadium that is set to host the 13th round of the AMA Supercross championship reported that a part-time employee had tested positive for the virus and that the last time they had worked at the stadium was February 22.

The statement released by CenturyLink Field said that Public Health – Seattle & King County had determined the issue to be of low risk of infection for patrons. The stadium management has implemented heightened sanitation procedures and processes, including enhanced cleaning treatments to disinfect all areas of the stadium before and after every event.

So far no events have been cancelled by the stadium but that may be taken out of their hands if social distancing measures are implemented. “We are looking at extending what are voluntary decisions right now. And we’ve asked a whole host of communities to consider whether you really need to have your events right now, and they are being cancelled,” Gov. Inslee told the Seattle Times. We are looking to determine whether mandatory measures are required,” he added.

Ken Roczen announced ahead of last weekend’s Daytona Supercross that he was cancelling any public appearances for the foreseeable future. “Unfortunately, whether I like it or not, my immune system and my body in general, are not what they used to be after all the surgeries and trauma that I had,” he said.

Over in Europe, Italy is in its “darkest hour”, according to its prime minister, Giuseppe Conte. The entire country of Italy, that’s around 60 million people, are now in lockdown. With over 10,000 reported cases and over 600 deaths. 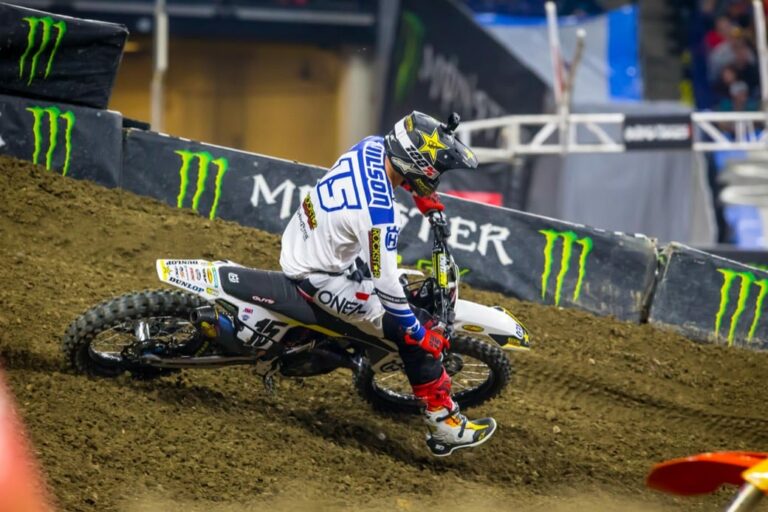 With major sporting events cancelled in the country, The FIM Motocross World Championship had little choice but to postpone the Trentino round, which was set to take place on April 5. The round has been moved to July 19.

Enduro has also been impacted with three championships hit. The Italian Enduro Championship was the first to suffer a cancellation and that has now been followed by the opening round of the Enduro European Championship, which was also due to take place in Italy – this has now been postponed.

This morning it was announced that the final round of the SuperEnduro championship, scheduled to take place in Poland, would be postponed after the Polish government banned all mass events. Organisers say they do not know at this time if the round will be rearranged or cancelled. Britain’s Billy Bolt is currently leading that championship.

X-Trial of Nations is the first high-profile trials event to suffer a postponement after the French government banned public gatherings of more than 1,000 people.

The U.S. does not currently have the same level of cases as a number of European countries but public-health officials for the Seattle & King County area are reportedly “at the ready” to order the cancellation of major public events as part of five levels of response to the outbreak. Level two is the current state and level four would include cancellation of major public and private gatherings.

So far, there has been no statement released from Feld Entertainment and we’re not expecting that to change just yet.

Washington State Governor Jay Inslee has today, with immediate effect, prohibited events of more than 250 people in King, Snohomish and Pierce Counties to slow the spread of the coronavirus. This will continue for the remainder of March and may get extended into further months.

“This is not a time to be going out into public in close contact,” Inslee said. “It’s just too dangerous.”

Inslee has asked people to stop saying this virus is just like the flu or that it’s not a big deal.

Tickets for Seattle Supercross are still on sale and the event is still on the 2020 Supercross schedule. Feld has not yet made a statement and Nicole Feld, who is very active on social media has not yet reacted to the news publically. We’ll update here when we know more.

After days of speculation, the 2020 Seattle Supercross round has been cancelled, the organisers announced today. The news is not unexpected but nonetheless still disappointing.

The AMA Supercross rounds of Indianapolis, Detroit and Seattle are all confirmed as cancelled.