Adrian Owen rode off a cliff and survived. Yes, as crazy as that sounds, that’s what happened to the dirt bike rider.

The off-roader was taken very much by surprise when he ran out of track and plunged down a cliff face. Miraculously Adrian survived to tell the story and share the terrifying moment. You can watch the jaw-dropping footage below.

“I would like to say a massive thank you to my family and friends for their concern at this time, I am very lucky to be still alive, Adrian wrote on his social media post, which has gone viral.

“I’d like to give a big shoutout to the mountain rescue, air ambulance crew, medical staff and anyone else that has helped me pull through this. Also, a big shoutout to the boys for reassuring and comforting me while the help was on its way, and to anyone that rides off-road bikes always be aware of your surroundings as all it takes is one silly mistake like mine and it could be game over! I got off very lucky! the following footage is licensed by deadline news.” 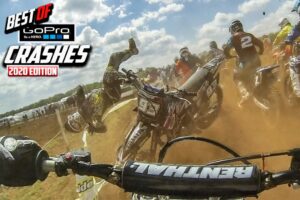 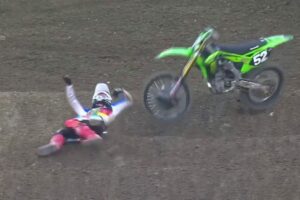 The biggest and wildest crashes of MXGP 2019