Paulin will race alongside team-mate Arnaud Tonus at the factory-backed Yamaha team but there is no news on British rider Shaun Simpson who is out of contract with Wilvo Yamaha Official MXGP.

The 28-year-old Frenchman still has two events left to race on the Rockstar Energy Husqvarna – this weekend in Imola for the final round of the FIM Motocross World Championship and then Paulin will say farewell to the Husky team when he competes in his 10th Motocross of Nations at RedBud on October 6/7.

“We are very excited to have Gautier back on Yamaha and in Paddock Blue,” said Yamaha Motor Europe MX Racing Manager, Erik Eggens, in a press release.

“He has always been a rider that can fight for podiums and he is definitely capable of challenging for race wins as well, and we saw that a few years back when he joined Yamaha and won his debut Grand Prix on a YZ450F, which is an outstanding achievement and something that not many riders can say they have done.

“We believe that with the support of the Wilvo Yamaha Official MXGP team he can still achieve these results, and this is something we look forward to.

“The team is very motivated and is a team that has shown great improvement and stability over the years, which is something a high calibre rider such as Gautier needs. With that said, we wish Gautier a warm welcome back, and we look forward to having him back on blue.”

Wilvo Yamaha Official MXGP Team Owner Louis Vosters said: “I am really happy to have Gautier join us for the 2019 season. He is a fantastic rider and I am sure that with the right structure and the tools and support that we offer, he can make it back to the top of the MXGP World Championship.

“Also, together with his team-mate Arnaud Tonus, I am convinced that these two great riders will make each other better and bring the results that we are looking for.” 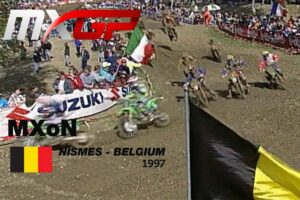