Buildbase Honda’s Josh Gilbert signed off from the 2019 Maxxis ACU British Motocross Championship supported by Pro Clean with a solid third-place finish overall in MX2 and his team-mate Lewis Tombs secured ninth in MX1 at the eighth and final round at Landrake Moto Parc in Cornwall on Sunday.

Following heavy overnight rain, the usually hard-pack track was wet at the start of the day but quickly dried out to provide perfect conditions for racing.

Holding down third heading into the series finale, Josh – racing on his home track – qualified in fourth but a bad start followed by a crash in the opening moto saw him cross the line sixth on his CRF250R. Race two was much better with a late pass netting him second for third on the day.

“The first race wasn’t very good and I really wasn’t happy with myself after it,” said Josh. “I didn’t get a very good start, I wasn’t flowing and struggled a bit with the track. I also crashed and couldn’t settle so sixth was kind of where I was at. Considering what I have been doing I’d say it was my worst race of the year.

“The second moto went a lot better. I gated around fifth, worked my way into third and managed to make a pass for second with about three or four laps to go. I was flowing and back to how I should have been but the leader was gone which was a bit annoying. It would have been good to have stuck with him because it would have been interesting at the end.

“I was third today and third in the championship so overall I’m happy. It was hard to find a rhythm in the first race so we made some small changes with the suspension which made a big difference and I felt a lot more comfortable in the second moto.”

Representing the team in MX1 on his CRF450R, Lewis Tombs qualified in seventh before running 6-5 for sixth overall on the day and he holeshot the opening moto to consolidate his ninth place in the championship – despite missing two rounds with a broken hand.

“It was a good way to end the year,” said Lewis. “Solid and I’m happy. The track was surprisingly good after all the rain we had. Qualifying was a bit sloppy but the track was great for the races – they couldn’t have done a better job.

“I holeshot the opening race but Tommy Searle and Shaun Simpson got me on the first lap. Then I had a little slip off and bent the gear lever so I was stuck in third for the whole race but came home sixth and in the second I was fifth – I tried to pull off some passes but it was hard to make up any time and that’s all she wrote.”

Crew chief Ryan Thorpe was satisfied with the way both Josh and Lewis rode.

“The day didn’t get off to the best of starts,” he said. “Josh got a trackside banner wrapped around his back wheel in free practice which derailed his chain and he had to run back from the furthest point of the track with his transponder to get his spare bike.

“After that he got a decent start in the first race before slipping off but in the second race he was back on it and took second with a late pass.

“Lewis was riding really well the whole weekend and holeshot the opening moto and had a great start in the second. It’s been a good end to the season for us with Josh finishing third and Lewis getting ninth despite his injury.” 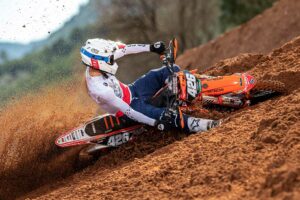 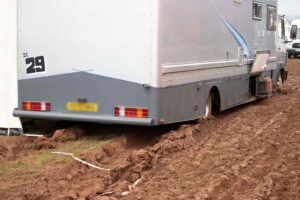 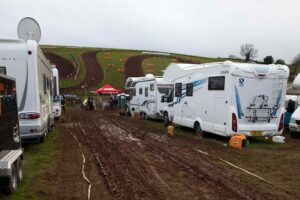 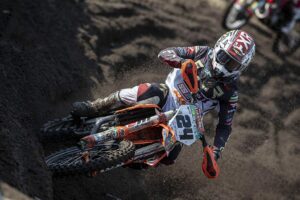 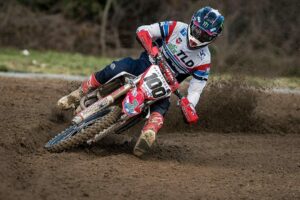 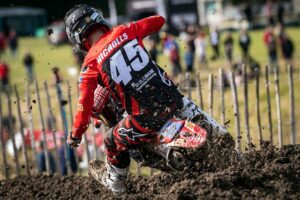