Billy Bolt leads the charge into round four (Image: Future7Media)

Just two weeks after a Spanish Grand Prix which saw Billy Bolt regain control of the provisional standings, the SuperEnduro stars will meet again on Saturday, February 1 to do battle in Budapest, Hungary.

After three incredible rounds, no clear winner has emerged in any of the three classes, so the stakes are high for this Hungarian GP

Factory Husqvarna’s Bolt is the man to beat having gone from hunter to hunted, a role he did not really excel at in Riesa in early January.

And while Bolt may be the fastest, he will have to reduce his mistakes as much as possible, otherwise, he will come up against the experience and skills of Taddy Blazusiak, who perfectly took advantage of the Brit’s struggles in Germany to take control of the night.

As well as Taddy, Bolt will also have to be wary of fellow Brit Jonny Walker who sits 33-points behind. The factory KTM rider will try everything in order to be able to fight for the title at the end of the season.

Behind the top three, Alfredo Gomez (Husqvarna) could well come in and make life tricky for those in front of him. Blake Gutzeit (KTM) will seek to consolidate his place in the top five but he will have to go up against Pol Tarres.

Tim Apolle (Sherco), William Hoare (KTM) and Emil Juszczak (Beta) will seek to confirm their spots in the top 10.

In the Junior class, Leon Hentschel (Husqvarna) is leading the way, but he is only five points ahead of his nearest rival Ty Cullins (TM), 13 ahead of Teodor Kabakchiev (KTM) and 17 ahead of

Adrien Jacon (KTM). This fight among the Juniors is set to become even more intense with four riders all able to take the title at round five!

After a weekend off, the European Cup resumes in Budapest for its final round! And everything remains open between Sweden’s Magnus Thor (Husqvarna) and Italy’s Sonny Goggia (Beta), as well as the Slovenian Miha Spindler (KTM). 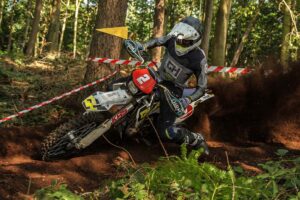 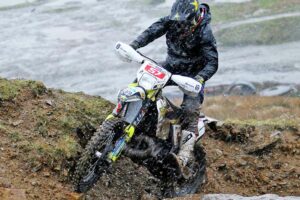 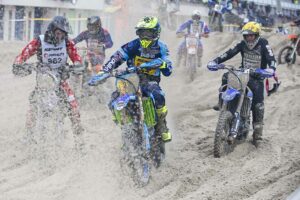 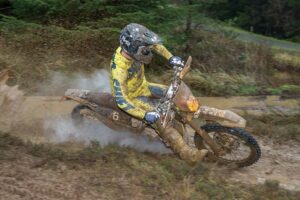