Red Bull KTM Factory Racing’s Nathan Watson has secured his third victory of the season in the CFS: Championnat de France des Sables, extending his series lead following a commanding win at round six in Grayan-et-L’Hopital.

The penultimate stop of the CFS: Championnat de France des Sables saw competitors travel to the south west of France, near Bordeaux, for round five. A mixture of a high-speed sandy beach and rough dunes ensured a thorough and demanding test for all at Grayan-et-L’Hopital. High tides resulted in the original three-hour race distance being cut short to just over two hours.

Disappointed with missing out on victory last time out at Hossegor, Watson was determined to return to his winning ways at Grayan-et-L’Hopital. A course he favours, the young British rider wasted no time in positioning himself at the head of the field. Claiming a top-five start, he powered his KTM 450 SX-F into the lead on the opening lap.

Comfortable out front he set the pace, pulling one minute and 20 seconds clear of his rivals as the race entered its latter stages. However, unaware that organisers had cut the race distance from three hours to just over two because of a turning tide, Watson still completed his three scheduled fuel stops. Without risk of losing position, he went on to win by almost 50 seconds.

Nathan Watson: “Overall, I had a really great race today. As beach races go, this one went pretty much perfectly. I’m not sure what it is about this place but I enjoy coming here and love the mixture of open high-speed beach and rough sections in the surrounding forest.

“We made some changes to the bike to allow for more power and speed and that helped me get a good start. I was about top five, but made some quick overtakes and hit the front on the opening lap. I was able to lead every lap and felt comfortable controlling the pace.

“Towards the end the organisers cut the race short. I could have avoided an extra fuel stop to save time, but I had already done my three stops at that point, so although I lost time there thankfully it all worked out okay. It’s the final push now towards Enduropale du Touquet.

“I feel in a good place and go there confident and focused on defending my crown.”

Fellow Brit Todd Kellett ran out in second place at Grayan-et-L’Hopital and is 75 points behind Watson in the standings. 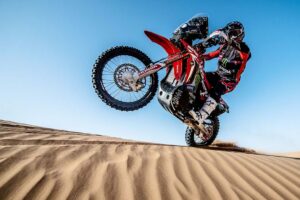 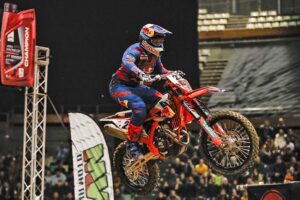 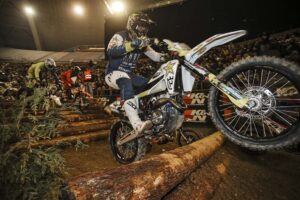 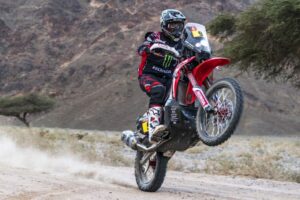 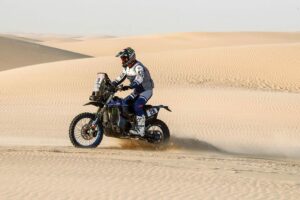 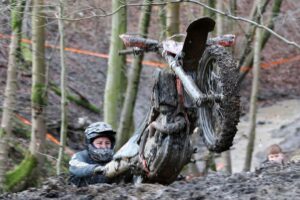