Beta have unveiled it’s 2020 Enduro range to the market with a clear message that this bike represents a new generation of enduro motorcycles under the RR brand.

The work of Beta’s design engineers, testers and the entire Research & Development team has intensified recently, you only need to look at the enormous advances made by the engine team, which has introduced a completely new power unit to the four-stroke range, and the chassis team, with a frame that boasts completely redesigned geometry and rigidity.

As to the look of the new range, Beta designers have been busy as the tailpiece, seat and many other details are all brand-new. The new range is available form the end of July

These modifications to the 125 RR (derived straight from the 2019 Racing model) have allowed Beta to achieve added torque at low rpm while greater power at the high revs, for increased performance across the entire power curve while at the same time, provides a bike that is easier to ride. 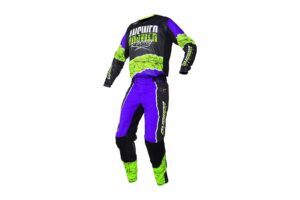 Fantic is coming back to off-road competition in 2020